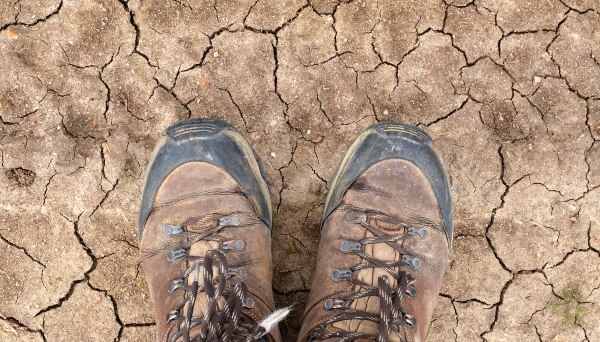 In one home, it’s a pair of dehumidifiers near the family’s basement laundry room.

In another home, it’s a little double-sided sign stuck by magnet to the dishwasher. One side reads ‘Clean.’ The other reads ‘Dirty.’

In my home, it was all sorts of things, but a dish by the sink—a drinking glass for water—stands out as the star of the marriage-killing show.

This is how your marriage ends. This is how your relationship ends. In the sometimes difficult-to-hear whisper of a busy, routine-filled life speckled with what one person considers a “little thing”—a minor infraction so slight as to be deemed inconsequential. This same seemingly benign event is experienced by their partner as an emotional papercut at best, and an emotional gut punch at worst.

Relationships full of stress and conflict lack the ingredient most needed for relationships to succeed—trust. Above all, we must have trust. And relationships—and their participants—are routinely damaged because of these nuanced moments in which one person interprets it as painful and the other perceives it as harmless.

It’s this discrepancy between the two individual experiences that triggers the moments which can strengthen strong, healthy relationships, but usually ends up eroding the integrity of most.

In one home, a kind, loyal, but increasingly sad woman, makes her way to her basement laundry room nearly every day in service of her family’s clothes-cleaning needs. She dutifully washes everyone’s clothes in the washing machine, transfers those clothes to the dryer, and afterward folds or hangs up clothes for everyone in the house. Her children. Herself. Her husband.

And while she toils silently doing this lonely, invisible, thankless work that she’s been doing for more than two decades, she sometimes glances over at the two dehumidifiers. The lit-up red indicator lights scream: Your husband didn’t take 45 seconds to come downstairs and empty the water bins again even though you have kindly asked him dozens of times and he promised he would do it.

He’s upstairs in his lounger having a beer and watching baseball on TV. She’s folding his underwear. She’s crying and feels like the loneliest, most invisible, most unimportant, most unloved person in the world. She’s strongly considering ending a marriage that has taken up most of her life, and which her entire identity is wrapped up in. And he’s upstairs in the family room watching the next pitch, oblivious to her growing sadness which has become suffocating.

In another home, a kind, loyal, but increasingly frustrated woman makes her way to the kitchen with her used plate and fork. The dishwasher sign indicates the dishes are dirty. She opens it up, to place her plate and fork in the rack, but the detergent reservoir lid pops open indicating the dishes had been washed recently.

Not only did he leave these for me to do again, but he didn’t even have the courtesy to flip the sign over to the other side like I’ve asked him to do dozens and dozens of times. He promised he would. But I can’t trust him to. He doesn’t keep his promises. I’m too young to subject the rest of my life to someone who doesn’t respect me enough to do what he says he will do. What’s it going to be like when we have kids?

That’s probably close to what my wife thought about in the years leading up to her decision to divorce me because I left dishes by the sink or because I was a shitty father.

We destroy trust—and as a result, our relationships—by recycling two moments over and over again. This is what the majority of my discussions with coaching clients revolve around.

These sometimes obvious—but most often, nuanced—moments in which trust erodes.

The first reoccurring moment that destroys trust is the incident itself. A major relationship crime like cheating, lying, hiding financial activity, or verbal abuse. Or typically something more subtle. Usually something one person perceives as some type of relationship-damaging infraction that the other person disagrees is important.

In heterosexual relationships, it most commonly shows up as female partners in pain resulting from the actions or inactions of their male partners.

Good grief. She’s whining about the dehumidifiers again. Imagine what she’ll do during the next power outage, or God forbid, a death in the family. She really needs to get a grip.

Holy shit. She’s bitching about that stupid sign on the dishwasher again. I cooked for both of us. I cleaned up the kitchen. I emptied the sink, loaded the dishwasher, and ran it. And NOW SHE’S UP MY ASS BECAUSE I FORGOT TO FLIP THE SIGN AGAIN. Imagine being this petty about stuff. Gee, I hope she doesn’t chip a fingernail soon, or we’ll probably need to start a GoFundMe campaign to raise money for her emotional recovery.

The second reoccurring moment that destroys trust in relationships is the conversation about the incident.

The one where one person attempts to communicate that something is important and potentially painful for them, while the other person deflects, minimizes, defends themselves, or justifies their own actions.

One person is simply begging to be seen and heard.

I spend every moment of my day serving my husband and children, and he can’t even prioritize giving up one minute of his evening or weekend to empty the dehumidifiers. Something I care about isn’t worth him remembering. I don’t matter enough to him.

Another person is simply begging to be treated with enough respect so that she can trust that he will have her back as life gets more difficult and they face greater challenges together in the future.

If I can’t trust him to flip the Clean/Dirty sign, then how can I trust him to be my children’s father? Nothing I say or do seems to get through to him how important it is that I be able to trust him. Maybe it’s time to cut my losses before I get in any deeper.

My first client is now dutifully emptying the two dehumidifier containers every day. Not because he’s submitting to the nagging wishes of his ungrateful wife. But because he loves and respects her very much, and he truly appreciates how much she sacrifices so that he and his kids can have the life that they do. Because he never even thought about how sad and lonely and afraid she used to feel while folding his clothes and seeing those two dehumidifier indicator lights. He didn’t know what those lights meant to her. But now he does and he’s doing something about it.

He has made the decision to not allow the woman he loves to feel pain because of his blind spots. He wasn’t going to allow her to feel lonely and unloved simply because he was previously too busy and comfortable to remember the dehumidifiers. So now he does. Now, he embraces the opportunity for his wife to look over at those dehumidifiers and feel SEEN and RESPECTED and CONSIDERED and SAFE and LOVED because the indicator lights are dark and the two units are running.

He learned how to mindfully love his wife—not just with empty platitudes and brittle reassurances—but with love in action. The invisible became visible.

Emptying dehumidifiers equals building and maintaining trust with his wife. He doesn’t care about the dehumidifiers running nearly as much as she does. But he very much cares about her feeling pain because he was too busy or too comfortable not paying attention.

He did the work. And now she feels a new level of being loved and respected in their marriage.

I’m insanely proud of this guy for doing the work I was too big of a wimp to do in my marriage.

I’m rooting hard for my new guy—the Clean/Dirty sign guy. Because he doesn’t lack emotional intelligence. He doesn’t lack kindness or goodness. He simply lacks the mental habit of remembering that things we do or don’t do can feel very bad for someone else, even when they don’t feel bad for us.

He’s practicing. Grinding for a new normal where she will perpetually feel seen and respected and considered and safe and loved.

This is the work of turning relationships from ones filled with conflict and mistrust and frustration and resentment and loneliness into the kind of relationships we all believed we were signing up for when we first agreed to venture through life with someone else.

This is what it looks like to sacrifice, in small, unsexy ways for someone else—not because you think the thing is important, but because THEY believe it’s important.

This is love in action.

It’s not always easy to notice the stuff that we historically haven’t cared about but which matter to someone else. It’s just always worth it.

This Is How Your Marriage Ends: A Hopeful Approach to Saving Relationships 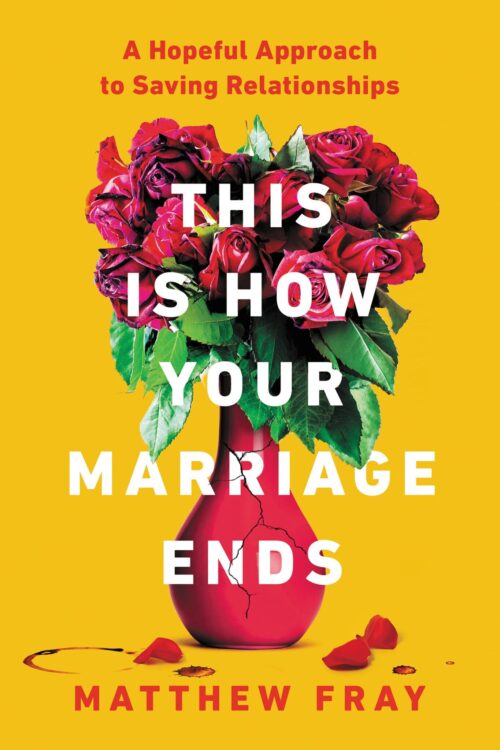 You may also like these posts on The Good Men Project:

The post The Two Reoccurring Moments That Destroy Trust in Relationships appeared first on The Good Men Project.