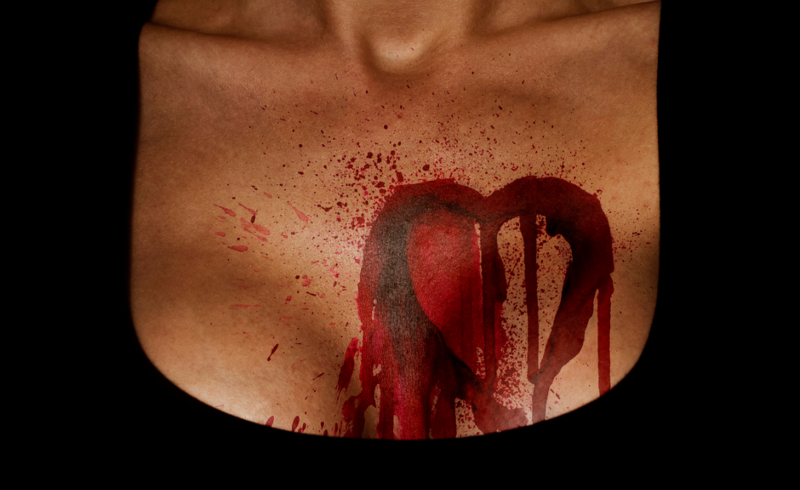 When I look back at my marriage, I still can’t pinpoint the minute I knew it was over.

I do remember night after night sitting on the couch with my (now) ex, his eyes glued to the wall-mounted tv and mine staring just below at a framed wedding photo of the two of us at our first—and last—dance together. In it, his mouth is blurry and smiling with a joke he’d cracked, and I’m looking up at him adoringly, beaming ear to ear.

No matter how much I tried, though, I couldn’t recapture how I’d felt about him then. The girl in the photo was completely unrecognizable to me.

Relationships can end for any number of reasons: you’ve outgrown each other; you’ve decided you have different goals; anger and resentment have taken over for the love and appreciation that was once present; selfishness, narcissism, trauma, and yes, betrayal.

Matthew Fray wrote a wonderful viral article called “My Wife Divorced Me Because I Left Dishes by the Sink.”

Of course, as Matthew points out, it’s never about the dishes. Or at least not just about the dishes. His marriage, like so many these days, ended because of a million little things that added up. After his wife confessed how much it bothered her, she interpreted each further instance of dish-by-the-sink as him not caring enough about her.

Here’s the thing so many people don’t realize: We attach stories and meaning to our partner’s actions—whether or not these stories are accurate—and it can expand or contract how loved we feel.

My ex and I smugly thought we’d be in the half of marriages that survived. In the early days, we laughed often. We never fought. Of course, I realize now that we didn’t fight because I didn’t speak up and I shelved a lot of the little hurts he inadvertently dealt.

We were both children of divorced parents, and we vowed to do things differently.

We endured heart-shattering moments and betrayal, but there was also an undercurrent of caring—or at least politeness. Even in the end-stages of the marriage, we said thank you to one another for cooking dinner or taking out the garbage. But it’s amazing how emptily the thank you’s echo when you and your partner no longer feel tethered.

The first big hurt came when we’d been married less than a year. On his enthusiastic encouragement, I’d recently given up my well-paying marketing job to go to pastry school and pay $45,000 to learn a skill that would earn around minimum wage.

My ex came home from work one day and proudly announced he’d quit his job on the fly. I knew he had been frustrated with his boss and the office manager, but I hadn’t realized how bad he’d felt. I tried to be supportive, asking him if he had other leads or other ideas for a new job—we had a mortgage to pay, and I was on expensive medication at the time—and I remember him sinking into the couch, reaching for the remote and without once making eye contact, telling me that he was tired and was going to take a break before looking for a new job right away. I wasn’t sure what to say; I’d have to work 58 hours a week just to pay the mortgage. I wasn’t sure how we’d also pay the electricity and gas bills, water, sewage, and garbage, our car payments, put food on the table, and afford my 282 dollar a month medication.

In the end, I told him that I understood that he was frustrated, and that making a huge decision like this without sharing his thoughts or discussing it beforehand, or having any sort of plan for moving forward made me feel a whole lot of pressure to carry this big load all by myself.

(I had thought marriage was about helping one another share the load; not about making things more difficult. I’m not a total fool: I didn’t say this part out loud. If I had, I think there’s a good chance our marriage would have ended a whole lot sooner.)

His break from working lasted almost 2 years, during which time he played video games while I depleted my life savings trying to pay the mortgage and our other bills. I applied for mortgage assistance four times, only to be repeatedly told that as long as the mortgage was current, there was no help they could offer.

When I was approaching my breaking point, I talked to my Was-band again and told him I needed help.

“Eh,” he said. “Stop paying. Let’s just foreclose on the house. I don’t like living in this part of town, anyway.” I remember my toes curling in my slippers, and my teeth grinding against each other as I tried not to scream. I was proud of the house I had bought—4 years before I met him—and was emotionally attached to this place that said safety and security to me. But he, as he liked to remind me repeatedly, was not emotionally attached to anything. (Including me.)

In the end, we did foreclose and moved into the basement of his dad’s house across town. Having the pressure off me helped, as did a couple of stints on a tv show on The Food Network which ensured my bakery business took off. At the time, I thought to myself, “If we can make it through this upheaval, we can probably make it through anything.”

I was so wrong.

I wish I could say moments like these were aberrant but they were not.

The moment where I realized that I didn’t factor into his decision-making at all was the clincher.

Eight years after the foreclosure, we bought a house together. And when I say together, what I mean is that I was visiting my mom in San Diego, and he called me and said, “I found a house in our price range in the area we’re looking; it’s not much to look at, but I have a vision. We can build you a big, beautiful kitchen. I’m having our realtor send you the Docusign papers.”

I was nervous to purchase a house I hadn’t had the opportunity to see in person, but the market was hot and we knew we needed to move. This would be the fourth house we’d make an offer on, and I knew one of his strengths was taking existing systems and structures and making them more efficient. I took a deep breath and clicked the link that would finalize our offer paperwork.

When I walked through the house for the first time after we won the bidding war, my mouth twisted in distaste. The whole house was dark and dingy brown and smelled like urine. I remember thinking, “This is what we just bought?”

He did, in fact, have a vision for remodeling it, and we spent two years making it into our dream home. I reveled in the light, bright kitchen with lots of windows and 92 square feet of counter space, perfect for cooling rack upon cooling rack of cookies. I adored our neighbors on all sides and the expansive park-like view of trees and flowers out the living room window. I relished the thought of weekly hikes through miles of forested trails, just minutes from the front door. I loved the fact that my commute was 8 minutes to the bakery, and his was 4 minutes to his practice.

But the contentment wouldn’t last. His health had been up and down, and he had mostly turned his practice over to a young associate doctor. When she decided to move back to her hometown in Alberta, Canada he tried to keep the practice going with a new associate, but his business didn’t survive the shift. We discussed him selling the practice, or at least all the equipment inside so that he could pay off his six-figure loan.

Before he left for work the morning everything shifted, he promised me that he would sell the practice, and not just walk away from everything the way we had walked away from my first house.

And then, that afternoon, he came home and told me he was done: He’d found someone to sublease his office for the remaining 5 months on his lease, and he’d gifted all the equipment in the business to the sublessor. For nothing in return.

This time, I wasn’t nearly so supportive and acquiescent. I told him exactly how betrayed I felt that he made a hundred thousand dollar financial decision without me. What was worse, I said, was not even that the decision was made without me, but that he’d looked me in the eye that very morning and made a promise, and then had just chosen otherwise.

He defended his actions, informing me, “Well you just don’t see all the strategic angles. I examined them and this was the only way.”

I didn’t know how to move forward.

If I had been braver, I would have ended it then. It took three more years for us to finally call it quits, but this was the moment I knew in my heart that we wouldn’t survive. I could no longer allow myself to be vulnerable with him. I needed to stay strong, which meant pulling back. I no longer trusted him with my heart and with my finances.

Join The Good Men Project as a Premium Member today.

All Premium Members get to view The Good Men Project with NO ADS.

Log in if you wish to renew an existing subscription.

By completing this registration form, you are also agreeing to our Terms of Service which can be found here.


Need more info? A complete list of benefits is here.

The post My Marriage Died in a Heartbeat appeared first on The Good Men Project.