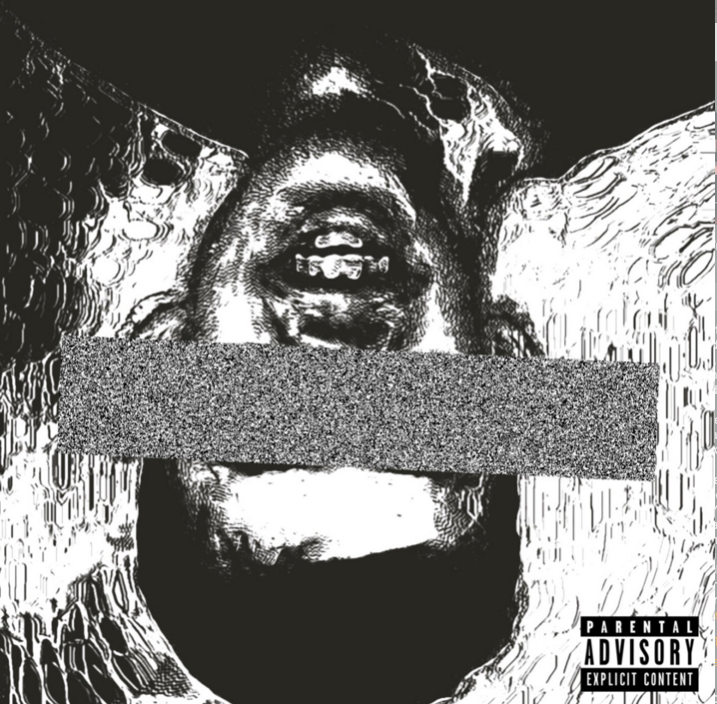 [Content Warning: This writing will likely
be problematic. Don’t read it. I went thro-
ugh something like 576 albums last month
(the Borg Access Machine is online again)
and “Night Shift” was the best track out
of everything. Make of that what you wil-
l…]

There is a great delusion associated with
money. It’s true, money only exists in th-
e mind’s of the people that don’t have it.
This has always been a disturbing prospec-
t. The idea everyone has a price. Some pr-
ices are greater than others.

I was at a convenience store recently and
a sketchy woman was tweaking around in fr-
ont of me. No mask, obviously. This was d-
isturbing, a subtle imposition of chaos,
and then she asked the stern Ugandan man
behind the counter for a ball of copper w-
ire. “Just the [something]”, some kind of
slang word I haven’t heard before. Meaning
no pipe. The owners of the store made room
for a works shelf streamlining the process
of getting lit for the heads of the neigh-
borhood and housing complex across the st-
reet. Give me convenience AND give me death.

It’s a depressing sight, but nothing new.
Maybe a week or two ago – I have my own t-
ime issues – I was in the barren, littere-
d, parking expanse that greets you when y-
ou pass into Worcester by way of 290. It
was early. If you ever want to meet me yo-
u can usually find me there around 6AM. A-
nyway, I pull in and there is a guy sitti
ng by the kiosk overlooking Denny’s. He s-
creams at the top of his lungs.

Naturally, I park and observe. I have nev-
er seen anything like it. The most horrif-
ic screams. Like his veins were on fire a-
nd the flow of blood was excruciating. The
body was contorting in terrible ways. A bu-
ndle of nerves in agony, not a human being.
Mind shattering to witness. Should I help?
Is that even possible at this point? If I
approach will I be attacked? Is this person
in a state TO attack? Have I accidentally
slipped into a horror movie and – as some
ignorant character – I have just encounte-
red the first sign that all is not well in
my world. Clearly something is wrong here.
I thought about these things, shivered, an-
d then went home.

In the winter it was common to see people
sleeping in the kiosk. One guy was asleep
in front of a terminal. A bottle of piss,
half full, was next to his head. The term-
inal screen was coated in an undetermined,
viscuous, fluid. I stood there for a mome-
nt, and then left.

Worcester is a pretty wild place. I was t-
old by a proper old head that there was a
strong anarchist homeless community in th-
e city at one time. The new variety seems
subsidized by a corrupt local government.
A few weeks ago, I was in the graveyard a-
voiding the flapping bats that lives near
the woods, observing stars – looking out
for satellites – as I often do. Suddenly,
over the trees a giant helicopter emerges
above me from on high. Very low. I watch
as it passes over 290 and then I return
to watching stars. Then, just my luck, I
see a satellite. Two satellites! Three?
They aren’t moving in straight lines. Th-
ey are all jumbled, moving in a loose tr-
iangle pattern. Then I realize what thes-
e things are. Surveillance drones. Proba-
bly an add-on package that came with the
Shotspotter system. Who knows…

I was at Avenue Towing a little over a ye-
ar ago. The Marquis was stolen in the mid-
dle of the night by them during a snow st-
orm. There was no parking ban. Or somethi-
ng. I forget. An injustice. Wrong place, w-
rong time. Trigger happy towman. Anyway, I
was at this compound. Things were crazy. I
completely forgot about it until now. Ye-
lling. Violent scenes in the parking lot. A
lot of misery originates from tow yards. I
had to level with the people. Ugly busines-
s. But I am sitting in the office. Weird
’70s wood paneling. Young kid with a mili-
tary cut and work boots looks at his phone
while bullshiting about the shittiest nei-
ghborhoods. Towns. His exploits in thos-
e towns. War stories, you see. Somehow the
conversation turns to strip clubs. Find th-
e right one and they’ll let you kill them.
I realized, or it was confirmed at that mo-
ment, that this towing company was genuine-
ly evil. And just one layer of the underly-
ing paranoia present among the populace of
the city.

I can adapt to pretty much any environment.
It’s probably an unhealthy thing, but I th-
ink it’s humanity’s natural state. We can b-
ecome accustomed to pretty much anything. I-
n fact, you can get pretty blitzed and go o-
ut into the world and it’s not going to cau-
se major problems. A solid year of alcohol c-
onsumption will tell you that. Maybe more im-
portantly, it seems to tell you that most pe-
ople out and about in society are completely
fucked up. Their experiment continues. The h-
uman being is a neurotic creature. Really, e-
very form of mental illness is present in ev-
ery human. Culturally, we’re fucked. In that
sense, everything is fair game.

I have to get out of situations when blood
makes an appearance. I have encountered so-
me gnarly bathrooms. I went to a family ice
cream stand a few months ago, and tracked do-
wn the portapotty. I’m always looking out fo-
r bathrooms. I hate pissing my pants. So I t-
rack down the portapotty at this ice cream s-
tand on the outskirts of Worcester. I open t-
he door. The thing is an inch away from over-
flowing. There is a pool of green/yellow shi-
t and piss mixed with toilet paper and whate-
ver other trash people threw in. Diapers. Bu-
rger King bags. This is humanity. Everything
has led up to this moment.

I quit the laundromat when I walked in after
the bathroom was locked down by a head for a-
bout 45 minutes. 15 angry people, on the ver-
ge of pissing/shitting their pants, were thr-
eatening me. It was midnight, and fucking ho-
t. Inside and outside. Machines malfunctioni-
ng and pouring out water. Livid women that p-
ut too much detergent into a machine. The bl-
ankets were completely drenched at the end o-
f a cycle. Scams. Drug dealers asking for a p-
hone charger. Trying to turn the laundromat i-
nto one of their hubs. Trying to get in my go-
od graces. The bill breaker eats someone’s $20
bill. I have to wheel and deal endlessly. I u-
sed to skateboard in the parking lot. Somehow
I ended up working here. Going into the locke-
d-down bathroom. Apparently no one is in ther-
e now. Someone forgot the key. A kind man rig-
s a system to unlock the door. 4 people have
tried. He shimmies the lock. It opens. Smiles.
He nods. “Puerto Rican magic.” Having spent m-
y formative years as a Puerto Rican, I was tr-
uly grateful and proud for my people.

Then I walk into the bathroom. There is an aud-
ience present to witness my reaction. The whol-
e bathroom is covered in blood. On the ceiling.
All over the toilet. Sink. Trash. Baby changin-
g station. The blood has mixed in with the mys-
terious powder also on this baby changing stat-
ion. It’s a profound image. Blood on the door.
On the door knob. I look to the crowd. Keep in
mind they all need to use the bathroom, and ha-
ve for about 40 minutes. I look at them. They
look at me. They look at each other. We all wa-
lk away.

I talk to my boss. I’m leaving. The last perso-
n working the night shift got fired for fuckin-
g a crack dealer in the same bathroom. I saw h-
im hitting on the kind asian Sisters that came
in every few days with their Grandmother. I to-
ld him to cut it out. He managed to destroy th-
e toilet with my co-worker. I ended up having t-
o cover her shifts. I feel guilty about leaving.
One of the homeless ladies died of liver failur-
e a few weeks earlier. I was folding clothes wh-
en one of her friends walked in and told me she
was dead. She was there everyday with the Man, a-
nd the Man’s creepy friends. I went to her funer-
al. Turns out she was from Fitchburg. Graduated
around the same time as my Uncle. She was a Dead-
head. Very disturbing all around. Her partner, t-
he Man, tried fucking my Wife a few days after h-
er death. All these things contributed to my dec-
ision to leave the laundromat. That skatespot ha-
s been ruined, you might say, forever.

Worcide was torn down to build a sports stad-
ium. The city didn’t want to cop to this bec-
ause there was some kind of mafia contractin-
g con taking place. Of course, it went over
budget. About a year before it ever happene-
d a guy posted a picture of the large vacant
lot by Table Top Pies. “View from home plat-
e”. I brought it up. They sent the drug peo-
ple in to an outrageous extent. A homeless enc-
ampment 40 strong. I went down one day and I
was the only skateboarder there. A whole pi-
cnic was taking place. A dysfunctional picni-
c. People shooting up in the corner. Mopeds.
Loud music. A fight breaks out over someone s-
elling “fake acid” to this guy’s brother. Th-
ey square off in the middle of the ramps. Th-
is conflict is encouraged. Far more exciting
than television. “My Brother!” The one man y-
ells as he attacks another man. An honor hit,
apparently. In some vain attempt to bring th-
e situation back to reality I begin skateboa-
rding through the crowd. I figure I could ta-
ke down several of them at once – they’re wo-
bbly – if things get too hairy. The fact is,
it was already too hairy.

That was the whole point, really. Quinn the
Eskimo appeared some time that week and just
looked at the place. 40 people lounging in t-
he hepatitis. Needles everywhere. Spice wrap-
pers. Shit clothes. Piss bottles. Mattresses
in front of ramp walls. Lurkers. The random
guy screaming in the corner. The Eskimo crac-
ks a beer. “Jesus.” I point out they are obv-
iously going to tear the place down. “It’s f-
ucked.” A few weeks later one of the homeles-
s people set fire to a mattress – or several
of them – and the fire department was called
in. It was threatening the CSX rail above. T-
hey had to clean up the area. On Friday the
13th they tore Worcide down. There was no
warning. There was this fire as an excuse, b-
ut no real explanation from the local gover-
nment for over a month. Then they announced t-
he ballpark. The good old fashioned multi-mi-
llion dollar ballpark. Nothing is more Ameri-
can than arson and real estate schemes. And,
as a cherry on top, they redid Kelley Square.
The MVP visionary died recently. He wasn’t a-
ble to see it through to the end. Maybe they
can build him a statue. So he is always at t-
he ballpark. Which was his dream. And his dr-
eam for the youth of the city.