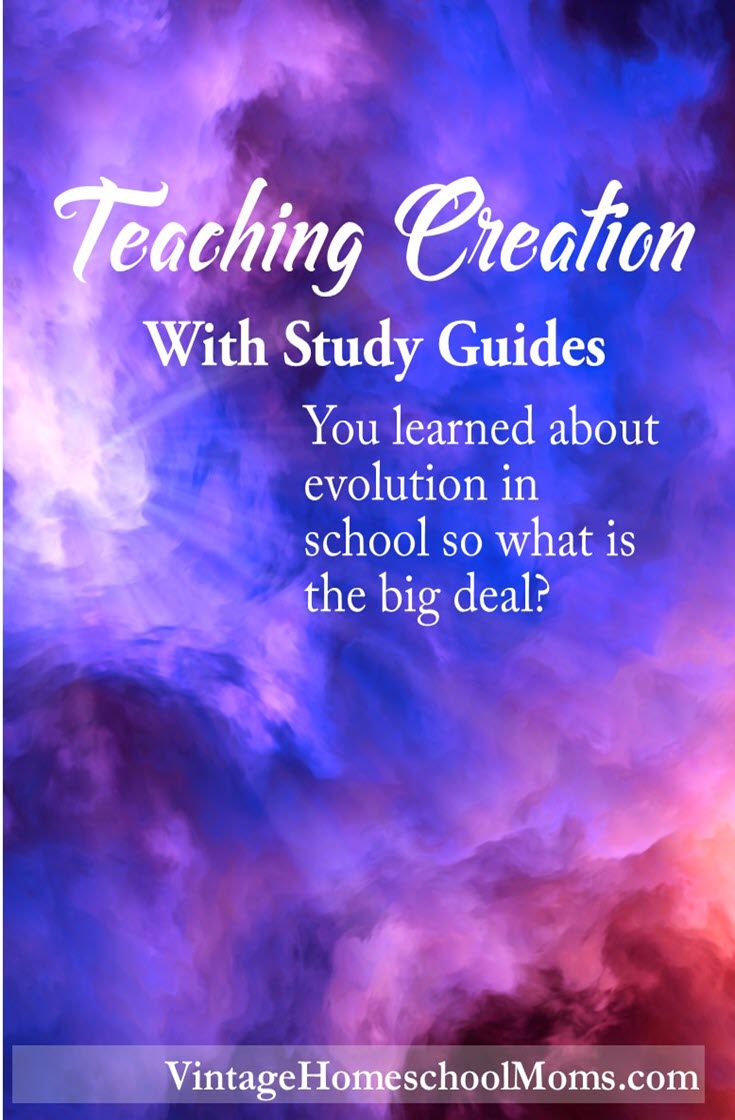 How do you teach Creation Science when you have no background in science? Try teaching with Creation Science Study Guides! Primary sources are always the best, but how about first-hand research? In this episode, we will delve into not only why teaching creation science is important but some amazing resources to complete your homeschool library.

Many years ago, early in my homeschool journey I attended a homeschool conference and walked away with hundreds of dollars worth of books on the topic of creation science and no idea how to teach the topic. I had attended an amazing set of talks but creation scientists who were all degreed in science for the universities in different areas. For example, Dr. Jay Wile has a Ph.D. in nuclear chemistry from the University of Rochester.

While I was impressed with the science credentials and knowledge of many of the people that I listened to, they taught me many great facts, but not how to implement teaching creation science into my homeschool. So, I began as many other homeschool moms before me and I wrote a curriculum series.

The Creation Science Study Guides still is as relevant today as when I co-authored the series in 1994 (when our first book was published). God introduced me to a creation scientist. A geologist by degree and homeschool mom to three boys by occupation. We met by a God-incident and became friends and soon co-authors. You see, Jill Whitlock had been an atheist and had worked as an oil and well geologist for a big company. When she lost her job she found a new one at a church. When they handed her a Bible she told me that she opened it an immediately had a difference of opinion with the first sentence, “In the beginning, God created…” Jill went on to study creation for ten years before I met her.

She was able to take all those books I wrote and we used them as resources for our study guides. We wanted something parents could use with their kids with no prior science knowledge. My background was education so I could teach. I just didn’t know enough science to teach from a creationist perspective. Teaching creation science became my passion and taking difficult topics and bringing them down to basics while the kids had fun was a challenge.

First, why teach creation science? Why not? Secular books, and all public and some Christian schools teach evolution as fact. Why can’t we teach both? I’m not opposed to teaching science from an evolutionist perspective, besides a creation one. If your children are little, begin with the Bible as a foundation. Start at the beginning in Genesis and study Biblical history. This foundation helps when teaching creation science.

Another example in our book deals with plate tectonics. This is the divide of the continents. Have you ever looked at a map of the world and see that it could fit together into one landmass if you cut out all the continents and puzzle-pieced them together? Evolutionists claim that it took millions of years for the division of the continents from one landmass to land masses that are continents that are divided by oceans. Creationists believe the continents split, quickly as stated in Genesis 10:25 where God divided not only the lands but the languages.

For example, our study guide talks about radiohalos. A quick search online recently showed that this finding set the scientists crazy trying to refute the claims. I’ve included two links you will find helpful. The bottom line is the radiohalos are an indicator of a young earth. The question becomes, does this matter?

It matters. Why teach from only one perspective?

Here are my reasons for teaching creation science:

If you want a series of study guides that will entertain your kids from preschool to high school I highly recommend you check out the Media Angels Creation Study Guides. They are available for immediate download on the website – all of my books for one low price and they include the study guides which are ready to go experiment sheets, games and puzzles as well as the books.

One of the great things about teaching creation science is that it is so hands-on. Your kids will love doing the activities and learning as they have fun. I do believe there is an added benefit. Creation science points to a creator God. It talks about the wonders of God’s creation and gives us awe about the world God created!